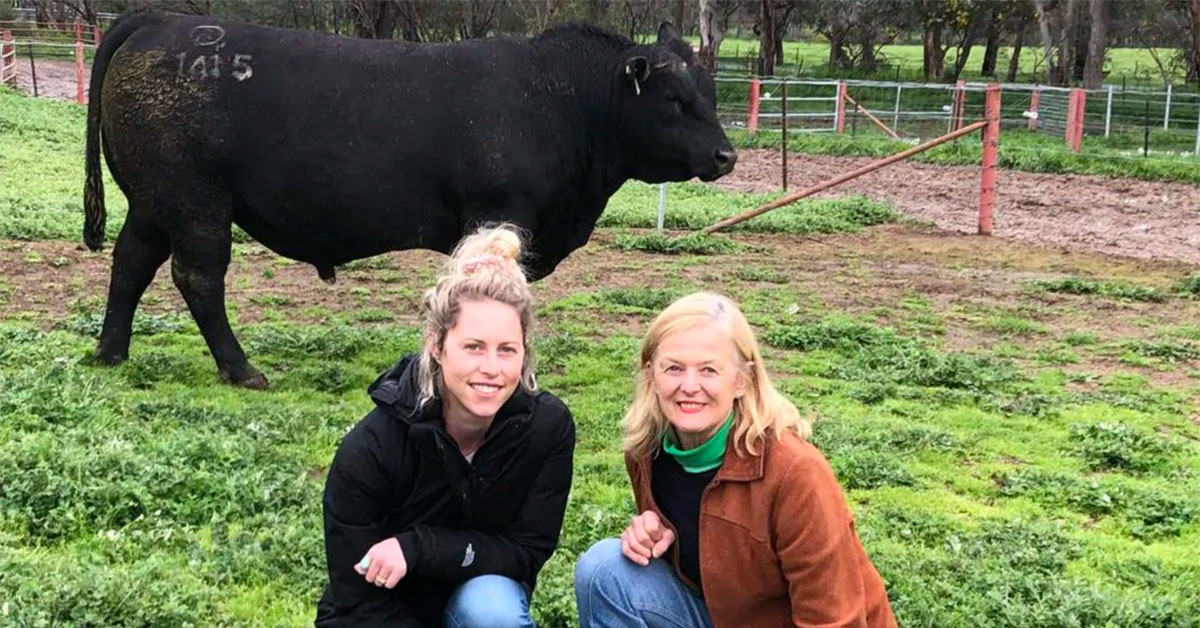 TALKING about the horrors of sexual violence is confronting, particularly in a close-knit regional community.
But one woman is honouring her late sister’s memory and taking the bull by the horns to tackle the stigma of domestic and sexual violence.

Virginia Tapscott lost her 33-year-old sister Alexandra Tapp in June, after a lifetime plagued by the trauma of the sexual abuse they both suffered as children.

The loss of Alexandra touched the Corrigan family of Rennylea Angus, who will offer an Angus bull at tomorrow’s bull sale for charity auction.

All proceeds from the bull’s sale will be donated to Our Watch, a national foundation working to prevent violence against women and children.

Virginia feared her local community might shy away from confronting sexual violence.

But she has experienced the opposite, finding strength and comfort in the close-knit communities of Narrabri and Culcairn, in NSW, where the sisters worked and lived.

“We’ve had an amazing sense of support from these rural communities,” Ms Tapscott said.

“We were really strong on what we wanted to do to try and generate change by talking about it. People are definitely ready to have that conversation, and the support has been overwhelming.

“In Alex’s passing, Mum and I felt as though that was what we needed to do, to go public with the abuse as children.”

Virginia’s husband is assistant manager of the Rennylea breeding herd.

Lucinda Corrigan said Alexandra’s death was the catalyst for donating proceeds from the bull at their upcoming spring bull sale.

“When I put myself in their shoes I find the pain intolerable and this is a small gesture to acknowledge what they have experienced,” Mrs Corrigan said.

“We know that sexual abuse and assault are far too prevalent across all socio-economic groups, that the impacts are devastating and that we, as a community, need to fight for change.”

Ms Tapscott said she plans to dedicate her life to promoting social change, creating a culture where “victims feel safe to report and the perpetrators are held accountable for their actions”.

“If we do not speak up, the crimes and their impacts become invisible in the community – we can’t fix what we cannot see,” Ms Tapscott said.

The charity auction will take place tomorrow at noon at the Ellerslie Park Rennylea property, Culcairn NSW.
Beyond Blue 1300 22 4636